I’ve had people ask me how do record my video demos. I use a stand I made from PVC pipe. I’m posting a video on youtube and here are the plans. I’ve also included a photo of what the cutters look like. $6 at my local hardware store. I made 11 of these stands. The cost was about $3 for each stand.

Here are the related videos for what I use to make my videos.

Just posted a free lesson on how to use Photoshop CC to create an animated GIF for high school students on SmartArtTeacher.com

I started having students use Adobe Animate CC to create a bouncing character. It’s a lot like the bouncing ball animation we did in Photoshop CC 2019 at the beginning of the year. Next year I feel more confident about having students work mainly in Adobe Animate. It took me time to build up my own confidence. I feel like after teaching this for the 3rd semester I feel way better about understanding what is working and what isn’t. I’m sure there will still be things I need to learn, but the on the job training and working with my students is bring back all the muscle memory of using it. I’m so much faster at all of this then when I first started.

Man the year is flying by. I’m at a loss for what week I’m on only that we are currently working on Rotoscoping in Photoshop CC. Rotoscoping is an animation technique of tracing video footage frame-by-frame. It is pretty tedious. I’ve taught this for the 4th semester. I think I’m getting better at explaining how it works. Thank goodness!

I’ve had some good results from when students work in teams. One of my favorite examples is from last year. Roto Jelly Fish.

If you are interested I’ve posted the lesson on the smARTteacher site. I’ve provided some PDF resources as well and some examples of frames from student work. Click on the link to go to the lesson Rotoscope Animation.

Tomorrow is St. Patrick’s Day. It’s a big deal where I live. Have a happy day!

Tex Avery was the opposite of Walt Disney. Great video on the history of Tex Avery.

Green screening project is still going on this week. They are due this week. I think it will be due at the end of class Friday. I still need to teach students how to mask themselves and adjust the settings of the mask to get a cleaner looking mask.  This is a good video for ideas for how to make your own green screen. I agree with the idea of having good lighting. It’s not exactly animation but it is fun to do.

I made a checklist of what they needed to record on the green screen.

Those are just a few ideas.

The green screen I bought from amazon. Fancierstudio Chromakey Green screen. It was $39.99 and it was free shipping. I had to watch the most popular youtube video to learn how to fold it back up. Once I watch the Youtube video I can remember how to do it. I immediately forget. I had students act out different scenes then a partner recorded them on their phone.

Going to have students continue working on their puppet warp animations. Needs to be 20 frames at 12 FPS, and then they need to work on the audio. I forgot to mention I have a free storyboard sheet in my TPT for download as a PDF.

For my smaller groups they will learn how to record their own audio and foley work using Audacity. Why Audacity instead of Adobe Audition. Audacity is so easy to use, FREE, and launches quicker on the computers then Audition. You have students trying to run Premiere and Audition on the computers and it is a recipe for disaster. Audacity launches faster and it’s simple interface makes it easier to learn. Plus if it is good enough for Marques Brownlee  then it is going to be good enough for what we need to use it for. I brought my USB microphone to school, and we have some headsets that will record audio as well. It’s harder with those because you have to make sure you have the adapter on it the plug and then they need to be plugged into the correct jacks on the computer.

Post-production is always difficult for students because it isn’t everyone’s thing. If you don’t do that step then you have an animation that is boring, even with the best visuals. I’ve got an advanced student that is blowing it out of the ocean with his ability to edit and create his own tracks. Pretty amazing stuff.

Had about 5 or 6 students show up for a first club meeting. Next Wednesday, they will start learning how to use Adobe Animate CC. I taught that last year with my high school students. It’s a great little 2D vector animation program. I’m going to have them create a 2D characters. Super easy using the primitive shapes. I still have to refresh to remember  how to use some of the tools. It’s one of the things I wished it was easier for me to remember as I get older. I think it will be fun and easy start.

I’m having students learn how to puppet warp in Photoshop. It’s a feature that is in After Effects and I noticed it in Adobe Animate. It’s pretty flexible for creating a puppet from a character you’ve created. I got the playlist up for my flex grouping in one of my larger classes. I split the class into 2 parts. 1 part that can work independently based on what I’ve seen of their 1st day of instruction. Then 2nd day I have them split into 2. One group is with me then I redo what I had taught them previously from beginning to end. I think some of it is that it is difficult for students to follow what I’m doing on screen. I’ve increased the size of my cursor, and I really need to look into seeing if there is an add one to make my cursor larger and blink in Photoshop. On my to do list. Click on the youtube playlist image to watch my playlist.

The boxer I got off of Pexels.com. Free download. Next week they will start their own custom puppet warp animation.

I’m super excited to try this with my animation class. I could do this with my graphics/photography class as well. About 4 months ago this app came out called Artivive. I think it takes art into a whole new realm. Animation and video bring a new dimension to the work. The app is available for android or iOS. Free!!! Every art teacher on a budget has got to love it. I’m thinking I’ve taught my animation students how to creating animations in Photoshop and then export as MP4 files. They we print out a frame from the animation then print out the symbol that activates the animation/video when you focus it with the app it plays. Sweet! Their animation will actually play on someone’s phone as long as they have the app. Also with my graphics/photography students we will make cinemagraphs. We print out a frame and then people can actually watch their cinemagraphs. How cool would that be? They are using this in major museums and galleries through out the world. #1 downloaded app in Singapore.

Audio, oh audio, where for thou audio. Finally got the students animations exported from Photoshop on Friday. They are learning Premiere and starting on post-production. We got a title, and transitions. Working on looking for audio on Monday. The rest of the week will Premiere skills and how to create an animation in Photoshop using the Puppet Warp feature. They have to get a photo of a boxer to box before they make their own. I made an animation Robot Dancer to the Safety Dance Song. 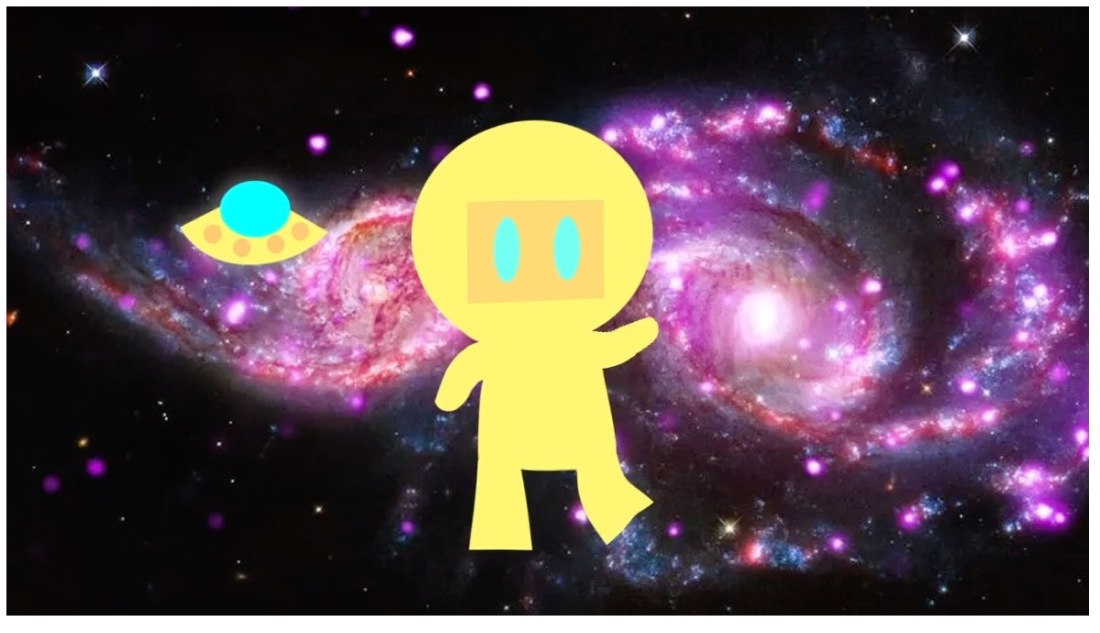 I think there is a learning curve with using Premiere. Many students are used to good old iMovie and would prefer that. I like Premiere because you just have more control and better effects, etc. It’s a good step into then learning After Effects. I don’t think we’ll get to After Effect semester 1. I tried Adobe Rush at home, boy I didn’t care for it. It is easier than Premiere, but I felt like it is clunky in comparison to iMovie. Just a personal opinion. I’d rather just use Premiere, or I’m just used to Premiere and I’m being stubborn and don’t want to really learn it.

I was disappointed that Premiere no longer supports animated GIF.  I’d had my students make some GIF animations 1st semester and then Premiere stop supporting it. Like what? Oh well, moving with the times.

I’ve cut down the number of frames my students have to create. I decided 20 frames total and then they can loop it several times in Premiere. Building them up to a higher frame count. My poor students last semester I was giving them # of seconds, and it was a lot. Live and learn.